VinkasIndia தமிழ்
Search
Home Recipes Sihi Kumbalakayi Idly – Pumpkin Idlies
SIHI KUMBALAKAYI IDLY / PUMPKIN IDLIES
Sihi Kumbalakayi Idly is a traditional breakfast dish popular in the coastal regions of Karnataka. It is a nutritious and kid friendly food prepared using Idly Rava and pumpkin. Coarsely ground parboiled rice  is called as Idly Rava and is used in the preparation of the ubiquitous Idlies. Batter for Sihi Kumbalakayi Idlies  need no fermenting. It is almost an instant Idly which has a sweet as well as savoury version.The savoury version can be prepared using two methods as shown below. 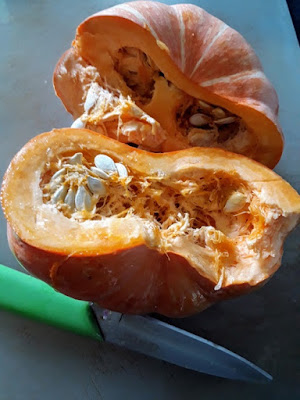 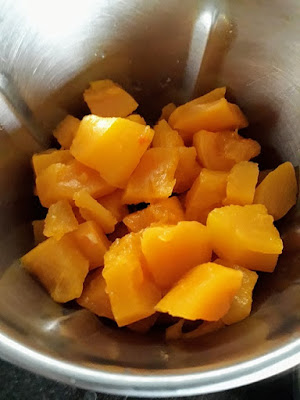 2. Grind the cooked and cooled pumpkin into a paste using a mixer.
3. Squeeze out the soaked Idly Rava and add it to the pumpkin paste. 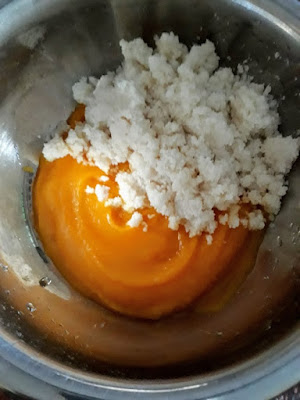 4. Add salt and give it one more swish to blend the Idly Rava and the pumpkin paste together.
5. Heat oil and splutter mustard seeds followed by cumin seeds, green chillies and asafoetida.
6. Add the seasoning and coriander leaves to the ground paste and mix well. 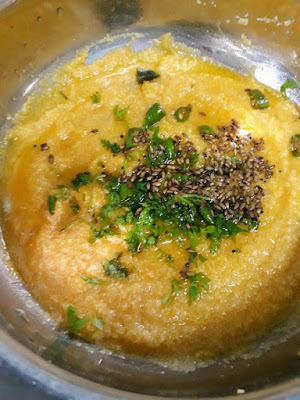 7. Let the mixture which now resembles Idly batter stand for about fifteen to twenty minutes.
8. Stir and pour the batter into greased Idly plates and steam in the pressure cooker for 15 minutes. 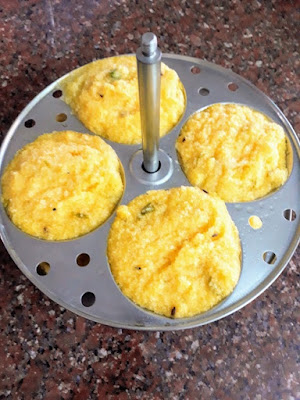 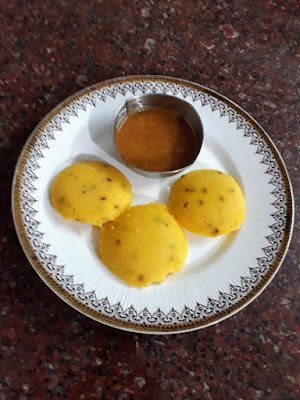 Or enjoy the flavoursome Idlies with sambar and coconut chutney.SIHI KUMBALAKAYI IDLY – VERSION – 2
1. Soak two cups of Idly Rava in lukewarm water for 15 minutes.
2. Peel and grate pumpkin to get two cups of Pumpkin gratings.
3. Squeeze out the soaked Idly Rava and add it to the grated pumpkin.
4. Heat one tablespoon of sesame/ coconut oil and splutter mustard seeds.
5. Add two tablespoons of broken cashew nuts and fry till it turns golden in colour.
6. Add two teaspoons of chopped green chillies and a pinch of asafoetida, and pour it into the Idly mixture. 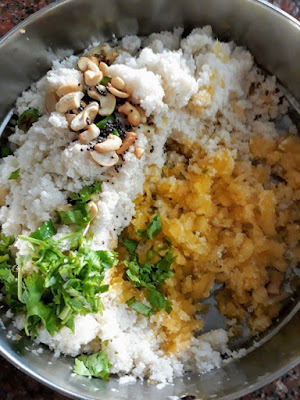 7. Mix well adding chopped coriander leaves.
8. Take a ball of the Idly mixture and gently pat and pack it into the greased Idly plate. 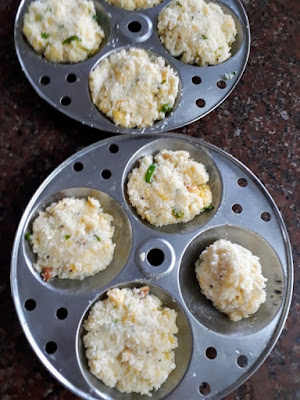 9. When entire Idly mixture is thus packed and patted into the Idly plates, steam the Idlies for 15 minutes in a pressure cooker.

10. Allow the cooker to cool down a bit and remove the Sihi Kumbalakayi Idlies on to a plate. 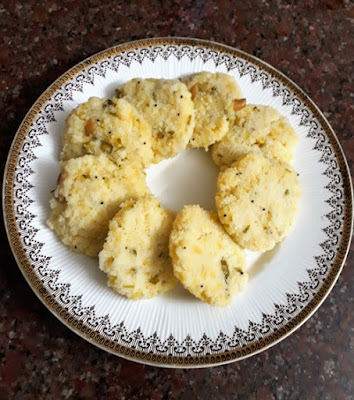 Enjoy the soft and flavoursome Idlies with any side dish of your choice.

SIHI KUMBALAKAYI IDLY –  SWEET VERSION
Follow the same procedures as shown above. If you like you may include fresh coconut gratings in all the versions. Mix in two or three tablespoons of organic brown sugar or powdered jaggery to the Idly Mixture instead of the seasoning mentioned in the savoury version. A dash of allspice powder or cinnamon powder added to the Idly mixture will make the SWEET PUMPKIN IDLIES  appealing to the sweet tooth.

Rasmalai- How To Make Soft Rasmalai At Home.